International Institute for Research and Education

British ”no” will strengthen the resistance against the EU austerity policy 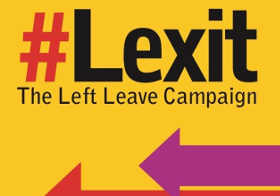 While midsummer fires light up in the evening in Denmark on Thursday, June 23rd, the counting of the British votes in the EU referendum commences. The script seems clear: If you vote REMAIN, Britain remains a member of EU, such as the country has been since 1972. If you, on the contrary, vote LEAVE, then Britain leaves the EU collaboration after no longer than a two years separation, winding up the estate.

The real world, however, is hardly as clear as the script seems to be. For instance, it would be very unlike the EU to accept a British withdrawal just like that. Threats as well as offers of new negotiations probably await ahead. Also, in case of a REMAIN, it will have to take account of Prime Minister Cameron’s recently negotiated terms, that cannot be implemented without a ratification by the EU Parliament.

Not even the traditional dividing lines in British politics bring clarity. The conservative governmental party is split from top to bottom, between EU supporters and EU opponents. The big oppositional party – Labour – officially recommends REMAIN, but at least half of the party´s traditional electoral basis among the workers seem to be voting LEAVE. That has left room for the nationalistic United Kingdom Independence Party (UKIP), and recently a Labour Parliament member actually criticized Labour´s EU-positive position, saying that it was a recruitment agent for UKIP.

The far left is divided too, between those who recommend a LEAVE based on a fundamental critique of EU and those who share this fundamental critique, but fear that a victory of the LEAVE campaign will strengthen nationalistic and xenophobic forces on the the right and that the English workers thus will be in a more difficult situation after a LEAVE than after a REMAIN.

The consequences of the referendum
It is indisputable that the fear of immigration is a key issue for the leading forces on the LEAVE side, primarily within the UKIP and the Conservatives. That leaves the far left in an undoubtedly very difficult situation – not least because of decades of sectarian splits and lacking ability to build a working class movement against EU´s hostile policies towards workers.

At the same time, it is important to recall, that the main problem for the British workers is not the UKIP (who received 12.6 % of the votes at the May elections last year). The main problem is the alliance between the conservative Prime Minister, Cameron, ”City-of-London” financial capital and the large employers. Among them, there is an overwhelming support to REMAIN, because they simply regard the EU as the best “tool” for the preservation of their privileges and holding down the working class.

An example that speaks louder than words is Ryanair-manager, Michael O´Leary, who has decorated his plains with slogans calling for a REMAIN vote, arguing that the EU has enabled his business concept – based on unorganized and low-paid workforce. Currently he advertises for a special REMAIN-offer that allows British citizens abroad to go home at a discount to vote REMAIN.

To call for a British ”remain” because of fear that a LEAVE-majority might strengthen UKIP, is to close our eyes for the consequences of the alternative – namely that a REMAIN-majority will strengthen Cameron and his entire base of support, the financial, industrial and trades capitalists – damaging the British workers for decades to come.

The concern that xenophobia and racism is growing is well founded, but the REAMIN conclusion is a fallacy based on the idea that EU membership should somehow prevent it. The opposite is in fact the truth. Xenophobic demagogues have grown in strength sheltered by the EU membership that has exploited the frustrations of ordinary people. Thinking that this will change if Great Britain remains in the EU and if the EU criticism is left to nationalistic demagogues of the the right, does not make sense.

Weakening of the capitalist EU
The real EU has been a tool used by Capital to throw the burdens of the economic crisis on the shoulders of the ordinary workers since its breakthrough in 2007. It plays a pervasively negative role – on the global scene (refugee-agreement with Erdogan and other authoritarian regimes, FRONTEX, TTIP, etc.) as well as in membership states, that attempt to break away from the EU-dictates of austerity. We witnessed it in Greece last year and now in relation to the Portuguese government and soon in Spain, if the election on June 26th – three days after the British referendum – results in a victory for the alliance between PODEMOS and the United Left alliance, IU.

A ”yes” from the British electorate to Cameron´s desire to stay in EU will mean a strengthening of EU and hence a continuation of the current politics. Whereas a majority for a British LEAVE will hurl EU into a heavy crisis and weaken EU´s possibilities to play its negative role. All progressive forces will profit from that. That is why we hold our fingers crossed for a clear and solid LEAVE-majority on June 23rd.