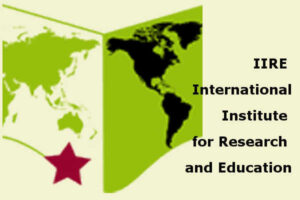 After the 28th September, how can we use the NO victory?

Use the NO in the fight for welfare!

Social welfare was justifiably a central issue in the Euro debate. By voting NO we defended – temporarily – a certain "freedom of manoeuvre", which theoretically can be used to defend and improve social provisions. The bad news is that this has not shaken the government, whose loyalty to "economic competitiveness" and EMU criteria, not only prevents the use of this flexibility but also undermines welfare.

If the government in addition tries to answer a NO with tighter austerity policies, it must be answered by protests and demands for policies shifting the burden onto capitalists and the rich.

There is a need for much more than a single "billion kroner to welfare". Trade unions, in both the public and private sector, must unite with user groups in activities to increase welfare and create real jobs to carry out socially necessary tasks. They must reject tendering and privatisation and fight for the extension of the public sector under workers’ and users’ control.

Use the NO in the struggle for a different Europe!

The EMU still exists after the Danish NO. The Euro continues to be a reality in 11, soon 12 of the 15 EU countries, and Denmark is still tied to the EMU, both politically and monetarily.

If the Danish NO is to change anything in Denmark and Europe, we need to rely on its international effect.

The working people in the Euro countries got to know the anti-social results of preparation for the Euro. The Euro’s decline can cause a whole new succession of explosive situations, as governments, prompted by the EU and the Central Bank, try to force through the so-called "structural reforms", which "the markets" demand to create confidence in the Euro: more privately financed welfare, more unjust taxes, more flexible job markets etc.

At the same time the democratic legitimacy of the Euro project is anything but sound. In only two of the Euro countries have the population been consulted via a referendum.

In this situation the Danish NO can give valuable inspiration to EU critics and opponents in Europe, but there is a danger that its image will be tarnished. If Pia Kjærsgaard is seen as the "NO queen", it will be elements like Haider who will be encouraged to take the offensive.

It is therefore decisive that the Left loudly and clearly puts forward its social and solidarity-based arguments against the EU and takes initiatives aimed at the left-wing, trade unions and grass-roots organisations, in the EMU bloc, in Sweden, Norway and Britain, and in the countries applying for membership.

Use the NO to create a new European community!

Despite the NO victory, Danish EU opposition has experienced some left defections. There is a growing group with solidaristic and international values who see it as being an excessively conservative and nationally limited force.

In a world where multinational companies and finance markets set the agenda, we can’t shelter behind a formal national sovereignty.

The EU’s Single Market is putting heavy pressure on welfare provisions, encouraging privatisation, downsizing, and cuts. The EMU accelerates this process and the EU attempts to extend its powers.

The NO should be used to demand a halt to EU majority decisions on social and employment amongst other things, but we can only hope to resist the growing pressure on welfare provisions through new Europe-wide demands, movements and struggles.

These are just examples of the aspects of a European alternative which Danish trade unions, movements and left-wing organisations need to develop with their sister organisations in the rest of Europe.

Use the NO in Nice!

The first big opportunity to meet across borders and promote social opposition to the EU is the counter-summit in Nice in December 2000.

The monetary union has not been defeated, even if the NO vote on September 28th put furrows in the brows of bosses and politicians. The hope for a revolt against the power of capital in Europe can only be found in a combination of social mobilisation and EU opposition as well as demands for alternatives based on solidarity, both on a national and cross-border basis. This hope will grow if the NO is used correctly. 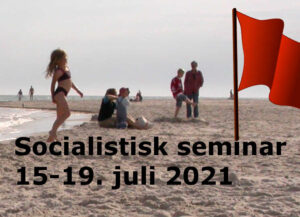 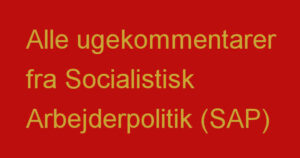